What follows is a revision of and update to a section cut from a conference paper I presented at the inaugural Comics Studies Society conference in Urbana-Champaign, Illinois in August 2018 and represents a set of ideas I have been ruminating on for years and plan to extend into a longer essay in the future.

In a 2017 essay on the Art History Teaching Resources website, Doug Singsen raised the issue of how to teach comics and graphic novels as art history.  One of the “thorniest” problems, he suggests, is how to seamlessly link comics history within art history.  This is critical because art history (and the institutions of the art world generally) easily incorporate artists who draw from comics for inspiration, but rarely go beyond that into works of comics themselves.  It’s de rigueur to discuss comics as a source used in Pop Art and the work of Warhol, Lichtenstein, and west coast artists like Jess. This was evident this past summer when I visited SFMOMA (San Fransisco Museum of Modern Art) and saw their wonderful, if small, Jess exhibition. The first work featured was Every Night and Alle, Translation #31, which combines a large recreation of Egyptian hieroglyphs with a smaller embedded image of George Herriman’s Krazy Kat comic strip. Apart from the obvious scale difference between the ancient imagery and the modern “popular” cartoon imagery, with overtones of relative cultural importance, there is a touching semblance of the human reference in this work: the ancient Egyptian hieroglyphs are faded, almost muted as they dominate the image, whereas the vibrant and impasto comic images not only feel more alive and accessible (and literally closer to the viewer), but the cartoon itself imposes the idea of a viewer engaging with and leaving their own mark upon creation.

This implies, as Bart Beaty has pointed out, that comics are not themselves considered “art” but something to be taken, modified, and transformed into “high art” by those artists working within the art world.  One example is the contemporary printmaker Joseph Lupo, who has spent years creating evocative prints deconstructing panels and pages from one comic, 1982’s Invincible Iron Man issue 178 (by Bob Harris, Luke McDonnell, Steve Mitchell, Rick Parker, Bob Sharen, Denny O’Neil, and Mike Carlin). He accomplishes this by removing key figures to play with the image/text relationship of comics generally and, as he notes in his artist’s statement specifically to allow the viewer to complete the informational gaps with her or his own “preconceived notions.”

An inversion of the author/reader paradigm is a key component to postmodernism itself. Yet, by implication such inversions alchemically translate “base” comic imagery into artistic gold, albeit in a way that is clearly smitten with comics as a form and process as Lupo painstakingly recreates the CMYK printing process used in the original comic as a stand-alone silkscreen format. As examples of “comics in art history” these are fine, but one-sided.  To tackle Singsen’s thorny issue, how then might one more uniformly incorporate comics as an equal art form into art history itself? What if we invert the process?  What if, for instance, when discussing second-wave feminist art we equally examine Judy Chicago and Miriam Schapiro’s Womanhouse with the 1970 publication of Trina Robbins’ and Barbara “Willie” Mendes’, It Ain’t Me Babe, particularly as both are exemplars of the movement at the time and an essentialist collective approach to feminist art?

In this vein, I want to briefly discuss two artists working at the same time on nearly identical concepts – but in two very different contexts.  In the late 1980s and early 1990s, comic artist Mark Newgarden was producing a series of comics for several alternative publications including the East Village Eye, New York Press, the Village Voice, and the experimental comics anthology RAW.  In these cartoons, Newgarden takes the conventions of mid-20th century gag cartoons and plays with them both formally and ideologically.  For example, “We All Die Alone” repeats the punchline four times, with four different settings and groups of figures, testing the formal function of an image with humorous caption and how it becomes interpreted differently between a man talking to a woman at a bar to a young girl waking up her mother, to hillbillies.  The “gag” in this instance becomes essentially existential and stripped of any suggested humor; it also relies on repetition and recontextualization.

Similarly, in another body of cartoons, Newgarden breaks the conventions of the formal image/caption form by having a humorous drawing up top to set the scene anchored by a long, extensive monologic caption that seemingly provides unneeded background context for the character shown: the caption recounts a story of unrequited love that ends, as follows:

“I requested her hand in marriage two weeks ago and, in answer to my prayers, she has agreed.  She is going to be joining me here within ten minutes. I love this remarkable woman with all of my heart and soul.  Please bring us both the fajitas.”

There is a surprising amount to unpack here: first, the comic, while wistful, is still funny because of the surprising mundanity of that last line.  There are also gender stereotypes here, as the man is ordering food for the woman before she even arrives, which combined with the setting and style of the image above, relates to the common tropes of these mid-century cartoons, and the often deeply disturbing aspects of their humor: infidelity, misogyny, alcoholism, and so on. Finally, such single-panel cartoons often rely on brevity for their humor, and Newgarden subverts this with the combination of the 1950s-era cartoon style (what he dubs the “big nose” aesthetic) and the rambling, revelatory text.

Despite the high-concept and experimentation of these cartoons, Newgarden himself describes the gag cartoons that inspired him (and which he clearly loves) as “A fictional moment frozen in time. The ultimate ephemeral medium. Instantly forgettable yet enduring. […] Never really coveted, collected, catalogued, quantified, rarely studied or considered as such. […] The perfect playpen of a sorry medium.”  While Newgarden ostensibly debases comics as “high art,” there is a clear sensibility within his work of the ways such “ephemeral” art can stick with us, and become something embedded in our minds for years, even decades. If you are of a particular generation – I confess, let’s say my generation of Gen X – you may still be able to recall a specific Far Side or Calvin and Hobbes cartoon that has become part of your mental fabric.

The reason I want to invert the usual art historical process (eg. “high art” inspired by “comics”) is due to the fact that comic studies and art history tend to isolate such work in their own fields. Dan Nadel, in his introduction to Newgarden’s cartoons when republished by Fantagraphics in 2005, compares his work to older gag cartoons and the ephemera of joke material that inspires Newgarden. But let’s extend this understanding by adding another artist working at the same time: from the late 1980s to the early 1990s, postmodern conceptual artist Richard Prince created a body of work dealing with jokes and gag cartoons. The first of these was his appropriating and deconstructing a Stan Hunt cartoon of two men at a bar, one telling the other that he was “Missing, Presumed Dead.” As Prince explained in a 1989 interview,

“It’s a joke on myself, on appropriation, on authorship. I’m missing and because of the death of the author I’m presumed dead. It’s funny to me because I don’t sit around thinking about such things.”

Prince, who was most famous up to this point for his work in the early 1980s appropriating cropped images of cowboys from Marlboro ads, not only links these joke pieces to postmodern ideas, but also separates it from those in the art institution that do think of such things and his own practice. The humor, as he states it, with creating “high art” pieces based on these gag cartoons and jokes, is not intrinsically the humor of the joke itself, but how art critics and art historians think about his work. We could easily extrapolate Prince’s idea to include Pop Artists’ like Jess, Warhol, and Lichtenstein including comic images in their work as having a similar marker of value within the art world.

That being said, the body of work Prince produces during this time is conceptually and stylistically very similar to what Newgarden is doing in his cartoons: both reuse punchlines in their works, often recontextualizing them with standard gag cartoon images that deal with the tropes of the genre. In this example by Prince, a man has clearly walked in to his wife on another man’s lap; yet the “joke” caption Prince incorporates, while seemingly unrelated to the image, has interesting subtle connotations, where the cuckolded husband can also be identified as the father walking in on his son playing the violin. On one hand, text and image can stand alone here – ostensibly much like the captions in Newgarden’s work. And we might interpret the text/image combination here further: the “fire” here is not literal, but that of relationships and/or sex as suggested by the cartoon image. Yet, our brains suggest that to do so would be a disservice to the visual/textual links of this seeming non sequitur.

Thus, I would argue, that one way art historians might resolve how best to incorporate comic history within art history is to take historical moments like these – when two artists, regardless of the context of their work – have seemingly comparable approaches and conceptual intentions, study them in tandem, find the ways they overlap as much as how they are distinct from one another. In other words, do not treat them in a way that tries to take specific components of the form and “legitimize” it, as numerous art historians and critics have practiced since the 1960s, nor dismiss the practices because of ways they do not conform to art world expectations, as scholars like Constance McPhee have suggested; rather, start from a place of historical and conceptual overlap. 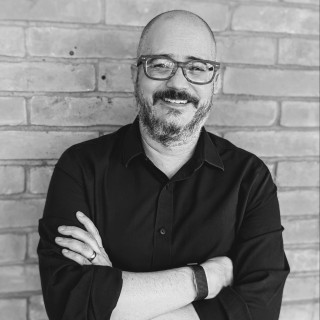